Sun is a singer on The Masked Singer Season 4. Sun is part of the Group A contestants. Sun wears a golden dress with a gold cape and gold mask.

“I’m gold, I’m bold and I’m ready to light up the ‘Masked Singer’ stage. I’m going to eclipse the competition.”

The Sun went on to win Season 4 of The Masked Singer.

Who was the Sun?

LeAnn Rimes is a three-time Grammy Award-winning singer. She debuted in 1996 with her song Blue, which went to #1 on the Top Country Albums that year. She went on to sell more than 37 million albums worldwide. Sun’s First Interview Without The Mask The Sun Is Revealed 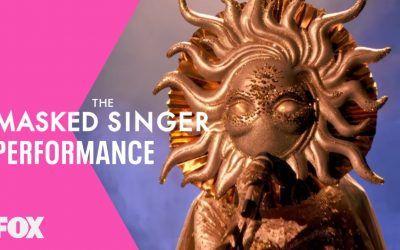